Understanding the Variation in EQ-5D-5L Values Across Asia

There have been many different tools developed to derive health state values, but the EQ-5D is one of the most used globally. A feature of the value sets of the EQ-5D derived for different countries is that they are specific to the country’s population, with variations between countries due to cultural influences, healthcare governance, and valuation methods. This workshop explored some fundamental concepts and principles related to the EQ-5D-5L. Further discussion focused on methodological changes over time and between country comparisons, with a focus on the Asian region.


“The trend for EQ-5D is to develop and use country-specific value sets. This is based on the assumption that health preferences for different populations are different.”
— Nan Luo, PhD

QALYS and EQ-5D
Nan Luo, PhD, Saw Swee Hock School of Public Health, National University of Singapore, Singapore, set the stage by presenting an overview of economic evaluations, the importance of the quality-adjusted life year (QALY) to economic evaluations, how QALYs are derived from health state utility values, and which multi–attribute instruments are recommended to derive the health state utility values based on recent research. He postulated that up until January of this year more than 37 countries had conducted valuation studies for the EQ-5D using the new standardized methodology, with 12 of these studies conducted in Asia. [Figure 1] His recent research has also demonstrated that the EQ-5D is the most validated instrument in Asia.

Applying a New Protocol
Methodology for constructing value utilities for countries has changed over the years. Paul Kind, PhD, Institute of Health Sciences, University of Leeds, Leeds, United Kingdom, described how the value of the EQ-5D has been measured using time trade-off since the 1980s. More recently, methodology has included time trade-offs when a health state was worse than death (ie, composite time trade-off) and discrete choice experiments. A discrete choice experiment will compare a pair of options and ask which one the participant prefers, thus giving an idea of which of the two states is deemed better. The EuroQol group developed a new protocol (EQ-VT) to incorporate both these techniques, but how do these 2 methods compare, and do they produce similar results?

“Is there a practicality in comparing the values for health across countries? Does EQ-VT protocol have an impact on the values we get? If values from composite time trade-off and discrete choice experiment are not similar, what is the legitimacy of value outcomes where both are used?”
—Paul Kind, PhD

Looking at Value Across the Global Landscape
Ling-Hsiang Chuang, PhD, GongJing Healthcare, Nanjing, China, presented detailed results from the group’s research into creating value sets for the EQ-5D in various countries using the new protocol. The research found that methodologies between countries varied. When the 5 dimensions (ie, mobility, selfcare, usual activities, pain/discomfort, and mood) of the EQ-5D were evaluated, it was clear that values across countries had high variability. In countries like China, Hong Kong, Taiwan and Indonesia, the concept of mobility had the highest value of loss, whereas in European countries like Germany, France and Poland, pain/discomfort had the highest value of loss. Researchers then ranked the dimensions from countries in pairs to compare how alike or different they were, producing fascinating results—the values in Canada and Germany were identical, whereas Canadian and Indonesian were very different. Multidimensional scaling suggested that some countries could be clustered together, with outliers such as Indonesia and The Netherlands, as shown in Figure 2. 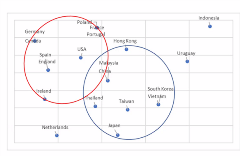 What’s Next for EQ-5D
This discussion brought us up to date with changes to the creation of value sets for the EQ-5D and outlined methodological issues that still need to be addressed. The use of the new EQ-VT protocol solves some of the issues previously seen in generating value sets, but it also brings new challenges. Dr Chuang suggested between-country comparisons must be treated with caution, given that there were differences apparent in methodologies used to derive the value sets. Evidence to support the equivalence of discrete choice experiment and composite time trade-off values is still lacking. 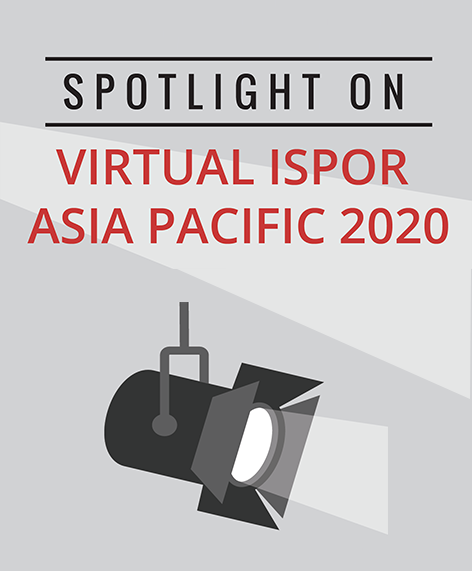