ISPOR Kazakhstan Chapter was a co-organizer of the International Scientific and Practical Conference in Astana, Kazakhstan

International Scientific and Practical Conference Health Technology Assessment Development in the Eurasian Economic Union, has been held on April 27-28, 2017 in Astana, Kazakhstan.

This Conference was devoted to issues of developing the health technology assessment (HTA) system and funding innovative and costly health technologies  in the Eurasian Economic Union (EAEU) countries.

This event was aimed at consolidating HTA efforts in the EAEU, establishing an expert platform for determining further development route and prospects and possibilities for HTA integration in the EAEU countries as well as educating on basic HTA principles.

The conference has been attended by leading EU and EAEU experts in HTA and drug provision as well as representatives of ministries of healthcare and medical insurance funds of the EAEU member countries.

ISPOR Kazakhstan Chapter President: Professor Alexandr Kostyuk, Professor Talgat Nurgozhin, Vice-President, Alima Almadiyeva, Student Chapter President have been an active participants at the ISPOR Asia-Pacific Conference organizing a very productive meeting with the Ukraine Chapter Leadership: Professor Olha Zaliska, President of the Ukraine Chapter and Oresta Piniazhko, Vice-President. The participants of the meeting had a very fruitful discussions about the training in Pharmacoeconomics in the Kazakh educational establishments as well as the application of the HTA process in the Republic of Kazakhstan. It was extremely interesting for both chapters' representatives to  share the experiences in the healthcare innovations in Kazakhstan and Ukraine. The new approaches in HTA and their applications in Kazakhstan and Ukraine.

The discussion between both countries had the continuation during the ISPOR 19th Annual European Congress in Vienna, Austria. Kazakhstan representatives attended the Ukraine Chapter Meeting and participated in the interesting discussions about MCDA with their ukrainian colleagues.

Professor Alexandr Kostyuk was a speaker at the ISPOR Russia HTA Chapter meeting about the implementation and the harmonization of HTA methods in Eurasian Economic Union countries.

ISPOR Kasakhstan Chapter Great Accomplishments in the Asia-Pacific Region
Established in January 2012, Kazakhstan ISPOR Chapter (Kazakh Society for Pharmacoeconomics and Outcomes Research) is considered to be among the most active and dynamically developing chapters, not only in the Asia-Pacific region but also worldwide.

Representatives of Kazakhstan ISPOR chapter each year participate in all major international ISPOR events (scientific presentations, participation in HTA training programs, roundtables, invitational chapters’ meetings, poster and podium presentations). As the indicator of the scientific activity of Kazakhstan ISPOR chapter, it is gradually increasing amount of Kazakh abstracts published in the reputable Value in Health journal, having an impact factor 3.279. So, in 2011 2 abstracts were submitted, in 2012 - 3 abstracts, in 2013 were 8 abstracts, in 2014 - 11 abstracts and in 2015 - 13 abstracts. Two ISPOR Student Chapters have been formed with the assistance and guidance of ISPOR Kazakhstan Chapter leadership.

Kazakhstan Chapter was the first ISPOR Chapter created in Central Asia and has been a key organization in the assistance and collaboration in the formation of Kyrgyzstan, Tajikistan, and Uzbekistan Chapters in Central Asia. Dr. Alexandr Kostyuk, the President of the Kazakhstan Chapter is working with the Presidents of ISPOR Central Asian chapters in further formation of the Central Asia Network grouping the countries with the common language, similar health care systems and political structure. Due to the active cooperation of Kazakhstan ISPOR chapter with the neighbouring Central Asian countries, such as Kyrgyzstan, Tajikistan and Uzbekistan, the implementation of HEOR and health technology assessment has been largely promoted among the decision makers of those countries.

The above mentioned scientific events in Astana, Kazakhstan signified recognition of the Kazakhstan role in the development of health technology assessment in the Asia-Pacific region which had been achieved through the activities of the Kazakhstan ISPOR chapter.

The next step in recognition and strengthening of ISPOR Kazakhstan Chapter’s role in promoting ISPOR initiatives in Asia-Pacific region was the designation of Dr. Alexandr Kostyuk as a judge to the “Cancer” poster session at the ISPOR International Meeting in May 2016, in Washington, DC, USA. This is the first time ever when an expert from Kazakhstan and CIS countries has been awarded such honour!

ISPOR Kazakhstan Chapter is actively preparing for the upcoming ISPOR Asia-Pacific Conference in Singapore organizing the meeting with the Central Asia Chapters on the advancements and state of HTA in their countries.

ISPOR Kazakhstan Chapter is a Co-organizer of the 3rd Scientific Conference, Astana, Kazakhstan

ISPOR Kazakhstan Chapter is a co-organizer of the 3rd International Scientific Conference "Regenerative Medicine and Healthy Aging". The Conference will be held on May 22-23, 2014 at the PI Center for Life Sciences, Nazarbayev University, Astana, Kazakhstan. The Executive Committee of the ISPOR Kazakhstan Chapter: Professor Alexandr Kostyuk, Professor Talgat Nurgozhin, Professor Talgat Mazhitov, Doctor Sholpan Kaliyeva, Alima Almadiyeva, Carina Bectrur together with the other members of the chapter are organizing special activities during the conference: workshops, issue panels and special meetings on Health Technology Assessment (HTA) and Pharmacoeconomics. Many attendees from neighboring Countries from Asian continent, from ISPOR Asia Consortium as well as from Europe and USA are expected to participate in the Conference. This Conference will strengthen research potential of Kazakhstani scientists and it will become a one of the major platforms fro colaboration with the international scientific Communities in the area of modern biomedical research. 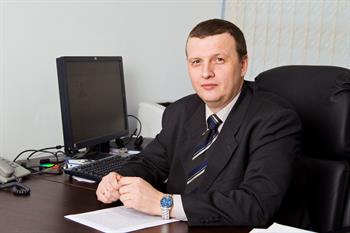 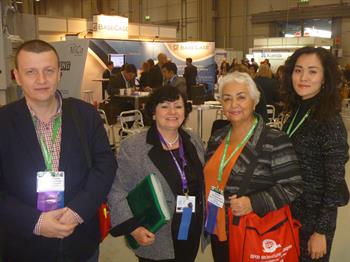 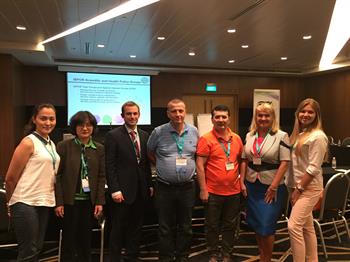