Curated HEOR News From Around the Globe

1 Factors Associated With Prescriptions for Branded Medications in the Medicare Part D Program
(JAMA Network Open)
A cross-sectional study of 169 million Medicare Part D multisource prescription drug claims in 2017 revealed that branded dispensing of multisource drugs requested by prescribers or patients was associated with increased spending for the Medicare program and patients. Switching the branded drugs requested by prescribers to generics would have saved $997 million for Medicare and $161 million for patients.
Read more.

2 Inside the Fall of Watson Health: How IBM’s Audacious Plan to “Change the Face of Healthcare” With Artificial Intelligence Fell Apart
(STAT News)
A STAT investigation found that the downfall of Watson Health was driven by a series of self-inflicted wounds that mounted over years of overheated marketing and underperforming products. Internal documents and interviews with former employees and industry collaborators point to a corporate leadership that prioritized publicity and short-term financial goals over the plodding work of science and building the kind of business that could outlast its early hype.
Read more.

3 NICE Says No to AstraZeneca’s Lynparza (olaparib) for Prostate Cancer  (pharmaphorum)
Draft guidance from the National Institute for Health and Care Excellence (NICE) in March has ruled out patients in England using lynparza if they have BRCA-positive advanced prostate cancer. AstraZeneca was seeking to use the PARP inhibitor in patients who had also been previously treated with docetaxel, but NICE concluded that the application failed to provide evidence of the value of lynparza compared to standard therapy.
Read more.

5 A Nascent State Effort Would Tax Drug Makers for Not Providing Clinical Evidence for Price Hikes
(Pharmalot)
Hawaii and Washington recently introduced bills that would tax drug makers for raising prices without providing clinical evidence to justify the increases. Although the bills failed to gain traction, experts say the ongoing state initiatives underscore the intractable nature of the problem of drug price increases.
Read more.

6 Novartis’ £1.79M Gene Therapy Zolgensma (onasemnogene abeparvovec-xio) Scores Cost Watchdog’s Backing, Threatening Biogen’s Spinraza (nusinersen)
(Fierce Pharma)
NICE has endorsed Novartis’ gene therapy zolgensma in a draft guidance which, if finalized, would make the medication the most expensive drug ever to be approved by the cost-effectiveness agency. Because zolgensma is a “potentially curative one-off gene therapy” that can provide “exceptional benefit” to patients, NICE reviewers concluded it is worth the high cost in certain patients.
Read more.

7 Targeting of the Diabetes Prevention Program Leads to Substantial Benefits When Capacity Is Constrained
(Acta Diabetologica)
A study by Tuft’s Natalia Olchanski, David Klaveren, John B. Wong, Robin Ruthaven, and David M. Kent published in Acta Diabetologica in January found that targeting active diabetes prevention to patients at highest risk could improve health outcomes and reduce costs compared to providing the same intervention to a similar number of patients with prediabetes without targeted selection.
Read more.

8 Research Update: Center for Enhanced Value Assessment
(CEVR)
Tuft’s Center for the Evaluation of Value and Risk in Health (CEVR) put out an update about its Center for Enhanced Value Assessment project, which turned 2 years old in February. CEVR is “exploring salient elements of value in and alongside traditional cost-effectiveness analyses.” The center published several papers in 2020 including, “Measuring ‘Fearonomic Effects’ in Valuing Therapies: An Application to COVID-19 in China,” in the November 2020 issue of Value in Health.
Read more.

10 Opinion: To Really Lower Healthcare Costs, Look Beyond Prescription Drugs
(Washington Post)
Harvard Medical School’s Anupam P. Jena writes in the Washington Post about why the policy focus remains on high drug prices in the United States and what can be done to more openly assess the impact of other costs that actually make up more healthcare spending, such as doctors’ services and hospital care. While there are plenty of high-quality data about drug costs, there are no high-quality data on whether certain hospitals or doctors are better than others, and no good evidence on whether many of the services that hospitals or doctors provide are really needed.
Read more. 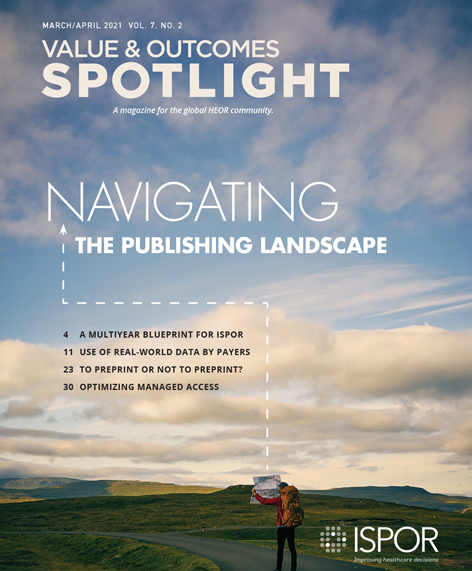