How Can Patients Effectively Steer the Ship of Public Policy in the Brazilian Healthcare System?

I spoke with Aline Silveira Silva, PhD, Health Sciences and Technologies, University of Brasília, Brasília, Brazil, about patient and public involvement in the incorporation of new health technologies into the Brazilian Public Health System (SUS) and how it has been rapidly evolving.

Silveira Silva has been working with and researching patient and public involvement in health technology assessment (HTA) for more than 10 years. She is a researcher and independent patient advocate and partner and was a technical advisor for HTA in the Brazilian Ministry of Health. 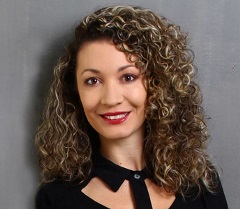 VOS: How do you see the current situation in SUS in terms of patients’ participation in the adoption of new technologies?

AS: Patient participation (or more commonly called patient and public involvement [PPI]) is a continuous process. In Brazil and Latin America, it has been developing gradually in the last few years. We have seen more interest in the subject and new participation methods.

The Brazilian HTA committee (CONITEC) started its activities in 2012, but we only started observing initiatives to encourage social participation in 2014. This is an ongoing process and there is no “one-size-fits-all” model; each country has developed its own method of working with it. In Latin America, other countries such as Colombia, Mexico, and Uruguay show an increased interest in involving citizens and patients lately. Brazil might be in the vanguard of Latin America, but greater systematization and transparency are needed, always having in mind the avoidance of tokenistic participation.

VOS: Could you elaborate on the dangers of “tokenism”?

AS: It’s necessary to provoke this reflection when considering PPI. It’s critical to think about the aim of a patient’s participation, to seek genuine engagement and real impact on the decision making. I always use this emblematic example to illustrate tokenism: a company “sells” inclusion and diversity showing people of color, with disabilities, LGBTQ+ in their marketing campaigns, but none of its employees are part of these under-represented communities.

It’s important to pay attention to not only involve the patient in the HTA process, but to genuinely listen to what they have to say. Patients want to have a voice in the decisions that are made. The impact of patient participation does not have to be necessarily a change in the final decision. It can be a lot bigger than that; it can improve access to healthcare depending on what they bring as colloquial evidence and how this practical evidence is assessed.

VOS: Do you believe the patients should have a vote in the deliberative processes in HTA?

AS: In my opinion, having patients as individuals with decision-making power is utopian. “Information” (or “communication”) and “consultation” are the most basic levels of participation, and according to the literature, the PPI strategies do not go beyond the consultation level in most HTA bodies that involve patients and the public. And even at this level, patients have reported that sometimes they don’t see their perspectives reflected in the assessment reports, let alone in the decision making. This can be very frustrating and discourage participation.

In Canada, it’s common to follow the Spectrum of Public Participation developed by the International Association for Public Participation, in which we see “involvement,” “collaboration,” and finally “empowerment” as the highest level of participation when the final decision making is in the hands of the public. However, this last level is unlikely to be achieved in our field, which ideally needs to consider a multistakeholder perspective. That’s why I believe in pursuing true collaboration, to partner with the public and patients in each aspect of the decision.

“Patients need to be told and understand their right to be involved with healthcare decision making. Their involvement now could make an enormous difference for them later and for future generations.” —Aline Silveira Silva, PhD

VOS: For HTA, including medications and devices, Brazil has a one-of-a-kind deliberation process. The preliminary decisions are subject to public comments, called “public consultation.” Methodologists have criticized the procedure of public consultation; what are your thoughts on it? What are the barriers for effective contributions?

With this volume, how can we have qualified contributions and how is this being analyzed? There was a project led by a Brazilian research institution where the general objective was to qualify CONITEC’s public consultation process, to develop methods to analyze and synthesize the received comments. However, I am not aware of its completion nor implementation.

It’s important to communicate that a public consultation is not the same as voting; the inputs should be qualified and it would be great to have a systematized methodology to analyze them.

AS: HTA bodies need to reflect on their PPI process, evaluate it, and seek genuine patient and public involvement to show its impact with maximum transparency. And citizens and patients need to be told and understand their right to be involved with healthcare decision making. Their involvement now could make an enormous difference for them later and for future generations. We, mainly in Latin America, need to lose the fear of speaking up and get more engaged in public decision making, including in the HTA process. 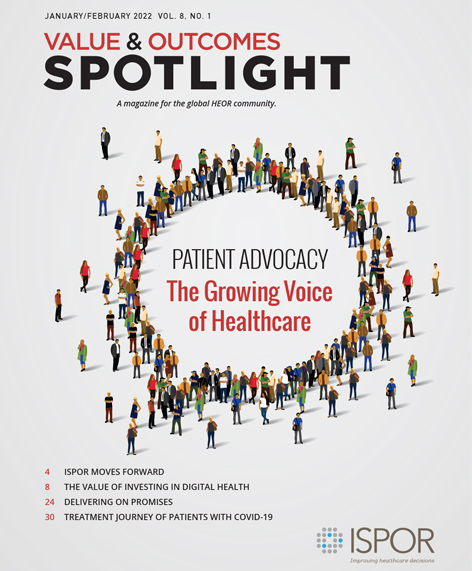