Constrained Optimization Modeling in Malaysia: Intervening for the Good of the People


One of the fundamental reasons why ISPOR exists is to help governments or health payers make better decisions using available evidence that minimizes expenditure while maximizing value. While payers and decision makers in developed countries are as resource constrained as anywhere else, these countries have well-developed frameworks, including health technology assessment (HTA) organizations that support a diligent and in-depth process of selecting the treatments that can offer the best value for investment. On the other hand, many developing and lower-income countries are as yet unable to use HTA processes at the same level of sophistication due to limited expertise, lack of organizational framework support, lack of local data, and various other reasons depending on the specific country.

The government of Malaysia provides highly subsidized care for its citizens who choose to use government facilities for their healthcare needs. As such, prudent management of the government healthcare budget is a key concern. Malaysia has begun to apply HTA processes progressively over the past decade for pharmaceutical products that are aimed at disease treatment, but the country is not yet implementing HTA in all healthcare decisions. Interventions and strategies related to public health such as vaccinations are one of the areas that tend not to be subject to HTA evaluations. This problem may be common to other developing countries as well. In situations where an HTA framework does not exist, what approaches can be used to methodically evaluate options using health economic principles?

The paper by Varghese et al illustrates one approach that can be considered—constrained optimization modeling was used to decide between interventions. The research project was undertaken by GlaxoSmithKline in collaboration with the Malaysian Ministry of Health and a Malaysian academic institution. The paper describes a situation where health decision makers needed to make a choice between 7 health priorities in infectious diseases. These were: hepatitis B and C, rotavirus, Streptococcus pneumoniae, Bordetella pertussis, dengue, and cholera. The aim of the exercise was to identify priorities among these 7 conditions that would optimize the health outcome measure of quality-adjusted life-years (QALYs) gained while remaining within budget constraints. Unlike a cost-effectiveness analysis (CEA), a constrained optimization approach produces a link between budget and outcome and does not require an explicit threshold. However, similar to what is sometimes used in a CEA, the model used was based on a static, multicohort Markov model that was programmed in Excel running across annual time cycles. The model followed up to 15 successive age cohorts that were hypothetically vaccinated starting from year 2017 until each cohort reaches 100 years.

For each of the disease areas, the model calculated the avoided cumulative number of cases, deaths, general practitioner visits, hospitalization, and disease management costs by estimating and comparing states with and without the intervention over 2 time periods: lifetime and 20 years. The cumulative QALYs gained by each intervention are estimated equally. Finally, the interventions are ranked according to their QALYs gained per monetary unit invested in them. The ranking is dependent on the inverse of the cost-effectiveness ratio. The highest ranked intervention is budgeted for first and if budget allows, then the second ranked intervention is included and again if there is any remaining budget, the following ranked interventions are considered in the same way. In their results, the authors reported that the rotavirus vaccination was ranked first, followed by pneumococcal vaccination, and then followed by dengue vaccination. The QALY gain/US$ invested was 0.001974, 0.000421, and 0.000205 respectively as shown in the table (Table 3 in the published article).


Table. For the lifetime and 20-year time horizons, the cumulative number of cases, deaths, disease management costs avoided, and QALYs gained comparing no intervention with intervention.

As with any model, the limitations of the analysis were the level of evidence used as inputs for the disease, their cost, and the effectiveness of the interventions. According to the authors, the data inputs were based on a literature review of published Malaysian articles from the region. This is a common approach when specific country data are not available. The inputs were also vetted by 6 local experts since the source studies available may have had their own limitations. Among other limitations, the authors also acknowledged the simplicity of the model (1 decision tree and 5 interventions); however, on the flip side, this increased the user-friendliness of the model. Sensitivity analysis was also not performed.

This paper could be of interest to readers who want to know more about how decision-making problems may be solved when the HTA process does not yet exist. Despite the limitations of the study, it provides insight into an evidence-based solution using economic evaluation principles. And as stated by the authors, this approach also helps to give decision makers a tool to facilitate discussions with stakeholders responsible for budget allocation while providing a degree of transparency and rationality to decision making. 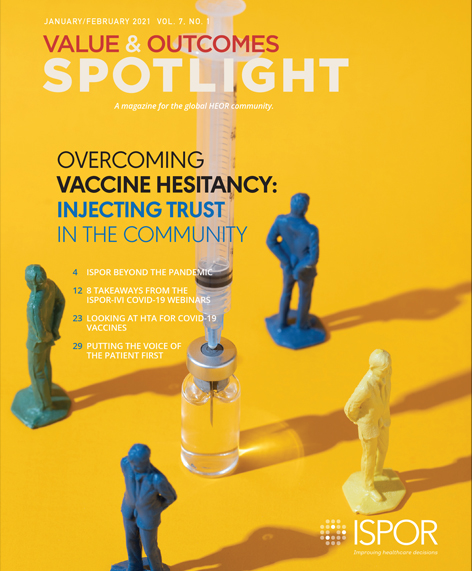