Shifting Behavior To Flatten The Curve

Thomas Rice, PhD is a distinguished professor of the Department of Health Policy and Management at the UCLA Fielding School of Public Health in Los Angeles, California.

Dr Rice has conducted research projects and published studies examining physicians’ economic behavior, health insurance for the elderly, healthcare cost containment, and the role of competition in healthcare reform. He is a coeditor of the book, Behavioral Economics and Healthy Behaviors: Key Concepts and Current Research, published in 2017.

VOS: People tend to prefer more immediate gratification, even at the expense of their long-term well-being during the COVID-19 pandemic. Why do you think people have reacted so fervently to the purchase of sundry items from stores and pharmacies, but have yet to embrace social distancing, hand washing, and the use of personal protective equipment?

Rice: Two reasons come to mind. The first is behavioral. People are keen to do things that are easy in hopes that this will fix their problems, an example of optimism bias. It’s easy (if items are in stock) to purchase things, but it’s much harder to both start and then sustain changes in personal behaviors such as hand washing, mask wearing, and social distancing.

The second is political. Purchasing things gives individuals choice on how they behave. But requirements about social distancing and mask wearing bump up against viewpoints on personal freedom versus the collective good.

“I will say that regulatory tools are likely far more effective than behavioral ones and our leaders need to have the political will to enforce tough regulations particularly as future hot spots arise.”

VOS: Are the risks and benefits to the general public not clear (misperceiving new social norms)?

Rice: The risks and benefits are not as clear as they should be because of mixed messages mainly from government, but also from health professionals. Beginning with government, we have the example of the US President downplaying the pandemic all along and claiming we are on the verge of solving it. That provides enough fodder for people to go back to their old behaviors, a kind of status quo bias, I suppose. Different governors and mayors have given very different messages.

On the health professional side, first we were told not to wear masks, but now we’re told it’s essential to do so. We are told we can’t open up, but then that we can even though we are in no better position than before vis-à-vis herd immunity, vaccines, or treatments. I’ll give a personal example: my wife and I belong to the same medical group. In anticipation of an upcoming trip, we asked our respective doctors if we should get a COVID test. One said yes, the other, no.

Having said that, I think the risks and benefits are clear to a majority of the population, but as I said earlier, behavioral change is hard. It’s easier to look at the data out there and use whatever justifies your own behavior, an example of confirmation bias but also, more generally, cognitive dissonance.

Rice: I don’t think I’d look to behavioral economics so much as classic rationality: people are going to be incredibly anxious to get a vaccine and try to be first in line to do so. (I do worry whether, as a result, the first vaccines will be as effective as later ones might be.) This will look much the same as the run on toilet paper, but on steroids.

There’s not much we can do about anti-vaxxers, but hopefully they are only putting themselves at risk (that’s not clear yet, however). To me, the problems are not behavioral—they are production! I am pleased to see that officials and industry are thinking about—and putting a lot of resources into—how to mass produce a vaccine.

"I think behavioral economic tools will work only at the margin—at least in the United States, where the population has shown an unusual degree of present bias compared to other high-income countries."

VOS: People are often bound by inertia. A great deal of research has gone into understanding “nudges” over the past decade and their ability to shift behavior. What behavioral “nudges” do you feel will need to be present to shift people’s perspective to embrace social distancing, guidelines, personal protective equipment and other means to avoid contracting the virus?

Rice: That’s a really good question. I think one of the problems is that the people who are most susceptible to getting COVID-19 and having severe health results are often not in a position to protect themselves. The 2 greatest hot spots are prisons and nursing homes; in both cases, individual behaviors cannot overcome the overwhelming environmental hazards. More generally, lower-income populations often cannot distance at home and in their community and are often required to put themselves in harm’s way through their work.

Here, behavioral economics tools are useful perhaps only at the margins, but they are potentially important: the people crowding bars and beaches usually are not those who face the above challenges. A good example is what we are already seeing in front of and inside shops: taping X’s on the ground to show people where they can safely stand. Take advantage of availability bias by having sanitizing dispensers everywhere. The more public officials wear masks in public, the more likely the public will follow suit—a bandwagon effect. However, I do think regulations are more effective than behavioral interventions here. Every tool can help!

VOS: What does behavioral economics tell us about how healthcare systems have and are preparing for the COVID-19 pandemic moving forward?

Rice: I think behavioral economic tools will work only at the margin—at least in the United States, where the population has shown an unusual degree of present bias compared to other high-income countries. I have mentioned bandwagon effects and availability bias as ways to improve behavior. I am disappointed, however, about how appeals to the health of others are falling on deaf ears. Young people hear repeatedly that by congregating they are putting their elders at risk, but it is having scant impact on behavior. I will say again that regulatory tools are likely far more effective than behavioral ones and our leaders need to have the political will to enforce tough regulations particularly as future hot spots arise.

VOS: As we conduct this interview, we are starting to see a wave of new cases of COVID-19 being confirmed across the country. Previously, health systems became overwhelmed by shortages and decision fatigue with respect to patient care. Does “loss aversion” help explain what might have been happening early in the pandemic with respect to decision making? Are there things we can learn and implement during spikes in case reporting and hospitalizations as we move forward?

Rice: I assume that you mean that people were behaving more responsibly then than they are now. I suppose that loss aversion could explain that—attributing a great deal of disutility to what could happen if you got COVID. But people have gotten inured; perhaps they have not encountered many cases, or maybe because most of the deaths are among old people.

Regarding what we can implement going forward, I think you need to distinguish between regulation and incentives. The strongest tools we have are not economic so much as regulatory. Close down business in hot spots. Prohibit congregating. And so on.

One set of estimates claims that if we did not do these things initially, rather than having 2 million cases, we would have had 60 million by now. These regulations are much more effective than trying to use behavioral tools, which in most cases help at most at the margins. 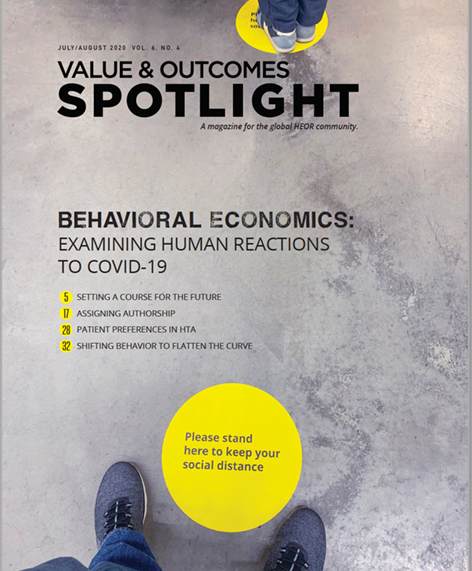