Curated HEOR News From Around the Globe

AbbVie Exploits US Patents to Protect Profits: Congress Report
(PharmaLive)
According to a US House of Representatives Oversight Committee staff report, drug maker AbbVie exploited the US patent system to push up prices for its Humira® (adalimumab) rheumatoid arthritis drug and Imbruvica® (ibrutinib), a cancer drug. The committee called Humira “the highest grossing drug in the world.”
Read more.

How One Startup Is Turning Unwieldy Health Records Into a Patient-Friendly Platform
(STAT News)
PicnicHealth says its mission is to make it possible for users to access all of their medical encounters, no matter how unwieldy the format. The company has built a system to let its users focus on self-care rather than data management.
Read more.

Cancer Outcomes Among Medicare Beneficiaries and Their Younger Uninsured Counterparts
(Health Affairs)
A study published in the May 2021 Health Affairs assesses cancer survival differences between uninsured patients younger than 65 and older Medicare beneficiaries by using data from the National Cancer Database from the period 2004–2016. The study found that compared with older Medicare patients, younger uninsured patients had strikingly lower 5-year survival across cancer types.
Read more.

Modernized Clinical Trials Include Diverse Representation, Decentralization, and Real-World Data in Post-COVID-19 Era
(OncLive)
The COVID-19 pandemic has opened the door for new opportunities for decentralized clinical trials and real-world data in a post-COVID-19 world, according to a panel discussion.
Read more.

A Clinical Trial Coordinator Is Indicted for Falsifying Data in a Glaxo Asthma Drug Study
(Pharmalot)
A former study coordinator at a company hired to run a clinical trial of a GlaxoSmithKline asthma medication has been indicted for falsifying data. Jessica Palacio, 34, worked at Unlimited Medical Research, which is based in Miami and was one of several companies tapped to help with a study designed to assess the safety and effectiveness of Advair Diskus® (fluticasone propionate) for children between 4 and 11 years old, according to court documents.
Read more.

Use of Real-World Evidence in Economic Assessments of Pharmaceuticals in the United States
(Journal of Managed Care and Specialty Pharmacy)
While real-world evidence (RWE) has been commonly used to inform pharmaceutical value assessments conducted by ICER, a study in the January 2021 Journal of Managed Care and Specialty Pharmacy found that there has been relatively limited use of RWE to inform drug-specific effectiveness, despite calls for greater inclusion of RWE in value assessments for real-world drug effectiveness.
Read more.

Report Provides Examples of RWE in Medical Device Regulatory Decisions
(Policy & Medicine)
The US Food and Drug Administration’s Center for Devices and Radiological Health has issued a report that looks at how RWE sources can be used to support marketing applications for medical devices.
Read more. 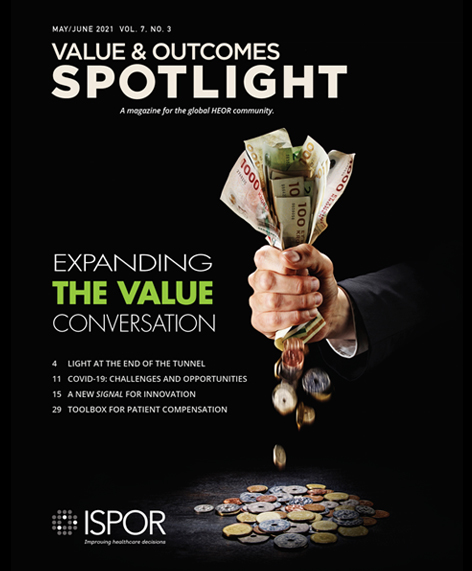