The Croatian Society for Pharmacoeconomics and Outcomes Research

Representatives of ISPOR Croatia Chapter had an important participation at ISPOR CEE Consortium Meeting during the ISPOR European Congress in Glasgow, Scotland.

ISPOR Croatia members participated in lecturing within Forum: “The Burden of COPD in Central and Eastern Europe”.

Members of ISPOR Croatia Chapter participated in lectures on the interdisciplinary scientific and professional symposium "One Health - One Science", held in Zagreb on November 18th, 2017 at the University of Zagreb. The event has been dedicated to the European Day of Antibiotic Awareness, the World Antibiotic Awareness Week, as well as to the 135th Continuous Pharmacy Class at the University of Zagreb.

On December 11th 2017 HALMED organized a regulatory and pharmacovigilance conference on "The Complete Regulatory Approach - From Approval to Drug Administration". ISPOR Croatia Chapter members have been the co-organizers of the conference and have participated with the lectures.

During the current year the Executive board of the ISPOR Croatia Chapter held several meetings and discussed various actual issues.

The activities of ISPOR Croatia members during the past 2017 were diverse in the field of pharmacoeconomics, health economics and public health, and within their core professional responsibilities.
In the past year 2017, some ISPOR members held lectures at various Universities and Faculties in Croatia in the field of pharmacoeconomics, within the curriculum of these faculties. This type of activity of chapter members has been ongoing in the past few years.
Furthermore, during 2017, members of the Society published papers in scientific publications.

During autumn 2017 some ISPOR members participated in consultations on the preparation of a new Medicines Act in Croatia, which is being prepared and drafted, and the Act shall be put into the Parliament’s adoption procedure within the following year.

The article was published in News Across CEE Newsletter, Volume 1, Issue 2. It discusses approaches used in Croatia in reference to financing of high-cost medicines, legal background of risk-sharing schemes, implementation, and the impact on patients’ access to high cost medicines.

The Congress, co-organized by the Chapter focused on: The Role of Pharmacoeconomics in Developing Countries

The Chapter presented in a Forum on: Methods of Financing and Decision Making in Health Care in Central & Eastern Europe in Times of Limited Funds: Revolution or Evolution? 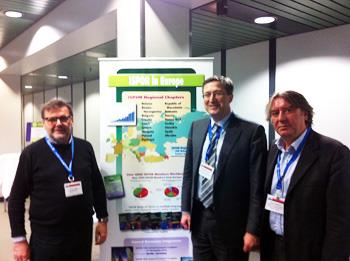 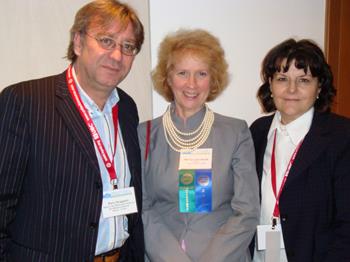