As a Society committed to improving health and as a global event producer, ISPOR is closely monitoring news and reports of coronavirus disease (COVID-19) outbreaks globally. All ISPOR conferences are currently proceeding as planned. Updates will be provided if the situation changes. The Society’s conference decision making and management are founded on a strong commitment to global health, as well as the health and well-being of its members and attendees.

Weather: In September, the average temperature reaches a high of about 79°F (about 26°C) during the day, and only dips to a mild 62°F (about 16°C) in the evenings. 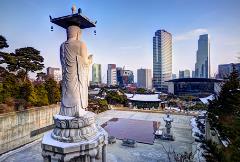 With its population of over 9.7 million, Seoul, the capital of South Korea, is a metropolitan city where high-tech and pop culture meet ancient Buddhist temples and palaces. In 2019, South Korea was named the “World's Most Innovative Country” by the Bloomberg Innovation Index – a position it held for 6 consecutive years. In the 21st century, South Korea has been noted for its globally influential pop culture, such as K-pop and TV dramas, a phenomenon referred to as the “Korean Wave.”

Visit Seoul and roll back time by spending a day at any of the 5 Grand Palaces: the 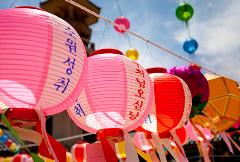 Gyeongbokgung Palace, the most historically important and impressive palace which boasts more than 7,000 rooms; Changdeokgung & Changgyeonggung (the East Palace complex) for their antiquity and surrounding gardens; Deoksugung & Gyeonghuigung smaller palaces that house the Seoul Museum of History, and offer views of sculptures and eateries.

Stroll the many shrines and Buddhist temples; visit your choice of museums of art, history, even interactive. Seoul offers a diverse selection of music, verbal and non-verbal stage performances and street performances to entertain any spectator.  Find your inner Seoul, at the Pureun Arboretum, at the Seoul Botanic Park, or in the Seoul Forest. 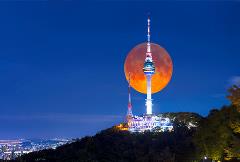