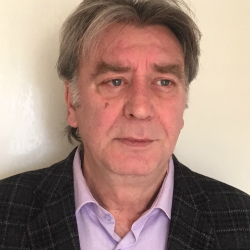 Pero Draganić, MD, PhD, is an associate professor at the HALMED – Croatian Agency for Medicinal Products and Medical Devices and an affiliate at the Department of Biotechnology, University of Rijeka, Rijeka, Croatia. From 1987 till 2004 he served as an Assistant Professor of Pharmacology at the Department of Pharmacology, University of Rijeka School of Medicine. His research was in pharmacology, neuropharmacology and neuroscience, and spent additional scientific education at the Croatian Institute for Brain Research, Zagreb, as well at the Department of Comparative Biosciences University of Wisconsin, Madison, WI. In 2005 Dr. Draganić continued his occupation in HALMED as a pharmacologist with affiliation to clinical pharmacology, epidemiology and pharmacoeconomics. He currently serves as the Principal advisor for distribution of medicines and pharmacoeconomics, to all issues in this matter, and was also a member of HALMED’s Drugs Committee. Dr. Draganić was also a member of the Working Group for establishing the Croatian HTA Agency. At the Department of Biotechnology, University of Rijeka, he is currently an Associate Professor in the Pharmacoeconomics.  For several years he is a member of the ISPOR Research Abstract Review Committee, and in 2010 at ISPOR 13th Annual European Congress in Prague, he was Decision Maker Case Study Review Committee Co-Chair. Dr. Draganić is also a member of several professional organizations in Croatia (ISPOR Croatia, Pharmacological Society, Society for Neuroscience, Society for Clinical Pharmacology and Therapy), as well as abroad like ISPOR, IBRO, EPHAR, and IUPHAR.