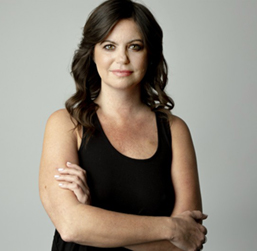 Deborah James was a deputy head teacher, specialising in computer science, and use of e-learning. She led national research teams into growth mindsets in schools. Then, in 2016, at the age of 35, she was diagnosed with Stage 4 bowel cancer and her life with her young children and husband was thrown upside down. She has undergone numerous major operations including bowel and lung resections, multiple rounds of chemo, ablation and Cyberknife - and is still undergoing treatment at the Royal Marsden. Rather than disappear into a cancer cave she started a blog, 'bowel babe' to debunk the myth that young women don't get bowel cancer which In turn became the award winning and popular weekly column for the Sun online, Things Cancer Made Me Say.  She campaigns and fundraises alongside major UK cancer charities, writes and presents the award winning, chart topping podcast 'You, Me & the Big C' for BBC's Radio 5 Live, and has a built up a strong following on Instagram @bowelbabe. She is an ambassador for the British Triathlon and Race for life and encourages people to just give sport a go. She has written for and featured in a range of publications including The Sunday Times, The Sun, Daily Mail, The Times, Grazia, Women’s Health and Marie Claire, and the Independent, is a regular co-host on Talk Radio and BBC radio London, and has featured on BBC Breakfast, Lorraine, Sky News, Victoria Derbyshire, Stand up to Cancer and The One Show. Her bestselling book - “F*** You Cancer” a self help guide to living your best life WITH cancer, published by Penguin is out now.