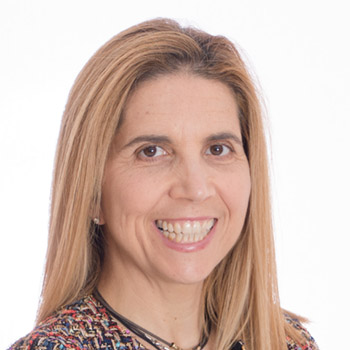 Nuria Oliver, is Chief Data Scientist at Data-Pop Alliance, Chief Scientific Advisor at the Vodafone Institute and co-founder of ELLIS (The European Laboratory for Learning and Intelligent Systems).  Since March 2020, she has been appointed Commissioner for the President of the Valencian Region on AI Strategy and Data Science applied to the fight against COVID-19. As part of her work as commissioner, she is leading a team of over 20 scientists working on large-scale human mobility modeling, computational epidemiological modeling and data science to answer public policy questions. As part of this work, she has launched the https://covid19impactsurvey.org, one of the largest anonymous citizens’ surveys to date related to COVID-19, with over 200,000 answers.

Her passion is to improve people’s quality of life, both individually and collectively, through technology. She is also passionate about scientific outreach. Hence, she regularly collaborates with the media (press, radio, TV) and gives non-technical talks about science and technology to broad audiences, and particularly to teenagers, with a special interest on girls. She has given talks to more than 10,000 adolescents, has contributed to the book "Digital natives do not exist" (Deusto, 2017) with the chapter "Digital scholars", has written articles for EL PAIS, The Guardian, TechCrunch among others and has been co -organizer of large congresses with thousands of attendees, such as the first TEDxBarcelona event dedicated to emerging education, the I and II International Congress on Artificial Intelligence and the I International Congress on Aging. Her talks on WIRED, TEDx and similar events have been viewed thousands of times.